A family owned and operated restaurant. Our summer hours are Tuesday through Sunday, open for lunch and dinner. 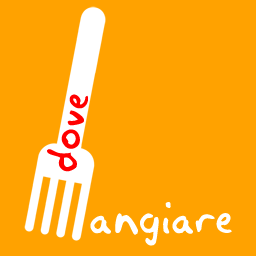 Back in 1962, and on through the early 1970’s, Joe Caruso worked at the steel mill in Ft. Wayne, Indiana. With a strong work ethic to help him support his family of four children, he also was one of the main cooks at the famous Hobby House Restaurants. It was there that he met his future bride, Barb, who was a waitress. His Italian heritage naturally made him passionate about family and food. His mother and father were fantastic cooks, and Joe knew that he would love to eventually own his own family restaurant. Steuben County was a favorite camping destination for the family, and Doc Caccamo’s Pizzeria was a special treat for the kids during the summer weekends. The opportunity for their dream to become a reality finally arose, when Doc and his wife Londi, decided to retire and sell the restaurant. In 1976, Barb and Joe cashed in their life’s savings, bought the pizzeria, and moved their family to Angola.

It basically started out as a two-person operation, with Joe in the back, cooking and washing dishes, and Barb in the dining area, hostessing, waitressing, and bussing tables. Over the next few years, each of the kids grew up in the restaurant environment. Liat, Lisa, Dan and Gina learned all of the various jobs in the kitchen and eventually became the primary prep and dinner cooks. Liat, Lisa and Dan wanted to raise their families in Steuben County and make owning and operating the restaurant their careers. The three have been equal partners in every facet of running the business. All three have made a practice of participating in continuing education, and recently Liat and Lisa completed their degrees in Culinary Arts.

The face of the restaurant has changed many times since 1976, when the siding was red, white and blue, and the menu has evolved to keep current with the times. However, many things like the spaghetti sauce, the meatballs and Caruso’s sub remain the same. Even some of the original servers remain, along with Liat, Lisa, Dan and Lori (Dan’s wife) still cooking and managing the restaurant. On some nights, there are three generations of the Caruso family working, when Joe and Barb come back from Florida and several of their grandchildren are part of the staff.